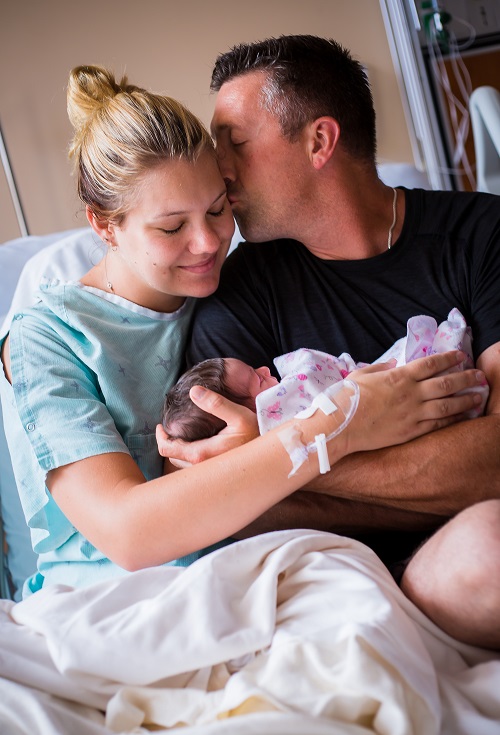 Tuesday, I became a dad. Yesterday was my one-year anniversary with my amazing and supportive wife. Today is my first Father’s Day with our five-day old baby girl Zoey and on Tuesday we will be purchasing a condo in Hawaii (yes Hawaii) where we moved a few months ago. To say my life is a miracle is an understatement; and with the gift I have an opportunity to share it with others in hopes of helping, inspiring, or perhaps creating a little more ease in one’s life. If you are struggling – I get it. I did too. For most of my life. What I know is that you have to want this. With a true desire to change your life, a support system and a higher power – you can and will get better. I offer you how I worked the steps as you must do the work also to get better. Faith without works in dead.

Step one, powerlessness and unmanageability; that was easy, and obvious if you’ve know any part of my story. Step two, came easily to me as well as I was raised to believe in God and had never really stopped believing, just fell out of practice. Step three, I began saying the third step prayer every day and praying for God to remove my obsession to use, and he did. Step four, my nemesis. I hated step four, and I still do. We bury all that pain for a reason, and the last thing I wanted to do least was dig it all up again, so I made every excuse I could. I thought, why do my step four if there’s nobody here to do my five with. Somebody suggested that I do my step five with the Chaplin, but then my excuse was that I wanted to do my step four the same way we did at Fresh Start, but I couldn’t remember exactly what the format was. So, I put it off again. So basically, I quit doing my steps altogether. But I did remain willing to change, and I did remain abstinent. The only reason I was granted parole was due to my release plan, which was to come to Fresh Start and seek treatment. I was in group my first day in the house, and before long step four came up. I gave it my all, I didn’t want to have to do it again, so I knew I had to get it right the first time. And I still hated it.

You know what, it was the step I got the biggest amount of relief from. When I did my step five I held poor sister Mary hostage for 3 ½ hours, I shared everything with her and with God, even some things I didn’t have the balls to write down. This is the most freeing feeling I’ve ever had. I felt elated. It just felt so good to let everything go. Afterwards we prayed, and she helped me identify my character defects. When I left, I went down to the river to pray and meditate, and a bird shit on me. It wasn’t just a little crap on my shoulder, it filtered down through the trees and sprayed me with a shower of shit. It was in my hair, on my face, my arms my chest, back and legs. I’m not sure what kind of bird it was but it must’ve been massive! Immediately I was furious, and I was about to scream but what came out was laughter. I was surprised by this and thought about it for a minute and was hit with an epiphany; throughout life I’m still going to get shit on, it’s my reaction that must change. I reviewed my step six list, and said my step seven prayer, which I still say every night to this day. For every step is a spiritual principle, and each one of these spiritual principles relates inversely to a character defect. That is to say, they cancel each other out. So, when we practice these principles and all our affairs, and help others, our defects are removed. We work on the outside, and God works on the inside. Step eight, I made a list of everyone I have harmed, and became willing to make amends to them all. Not to say I was willing right away, but I became willing. Step nine, I’ve only made a few amends so far, but all of them have gone well, better than I expected. I made amends to my parent’s. I took them out for dinner, and afterwards I read them a list everything I had done to harm them throughout my addiction, and I apologized for all of it. By the end of it all they were crying, I was crying, but it was tears of joy and relief. Today I have a better relationship with my parents then I can ever remember having before. Even before I got into drugs. I realize they’re not going to be around forever, and I don’t take them for granted anymore. I can never make direct amends too all the people I sold meth to over the years. It’s just not practical, and it would put me in a dangerous position. So, I found a way to make indirect amends for these actions.

With the help of my sponsee, Chris, I started Calgary’s first Crystal Meth Anonymous group, with the hope of helping others recover from the addiction to crystal meth. The meeting has exploded! This was something that was long overdue in Calgary, and every time I see somebody there that I used to use with it warms my heart. Step 10, I’m really not looking forward to ever doing another step four again, so the way to avoid this is to stay vigilant with my step 10 by admitting my wrongs as soon as I realize I’ve made one, and therefore not getting any further resentments a chance to grow. Step 11, I’m not really one for meditation just prayer and quiet reflection, which might be the same thing, I don’t know. But I do make a habit of praying every day and asking God for knowledge of his will. Step 12, well, here I am caring the message. But not just this, I do a lot of service work for my home group in NA not to mention CMA, I stay connected to Fresh Start, and help by donating my time to the alumni whenever possible. Of course, I make a conscious effort to practice all 12 spiritual principles in all my affairs. We practice Conscious Contact versus Constant Comfort.

To donate this Father’s Day to help more men and famlies get well please click here.